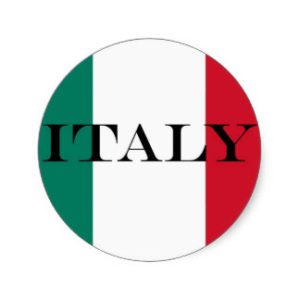 The purpose of the Italian Culture Club is to promote the knowledge of the country of Italy, it’s customs, people, etc. Membership consists of students from Freshman to Senior year. Officers are nominated by fellow members and must be seconded. Officers are elected by a majority vote for President, Vice President, and Secretary. Any club member who wishes to run for office must have at least one-year prior membership. Officers are selected prior to the last week in September.

Meetings are held every week on a day selected by the club during the first meeting. Members who miss five or more meetings will have their frequent absences brought to their attention and face the possibility of having their membership discontinued.

The Powers and Responsibilities of the Vice President include assuming Presidential duties and position when the President is absent; assist the President on any Club activity; the right to vote on all club concerns, just like the other Club members.

The Powers and Responsibilities of the Secretary include taking attendance at the beginning of each meeting; form an agenda for the next week’s meeting of items given to him from the President or Moderator; keep an accurate account of members who are absent and notify the Moderator and President when a member has missed five or more meetings; come to every meeting with a notebook and pen to take notes for minutes of the meetings; appoint an assistant to take care of his secretarial duties if the Secretary is unable to attend.

Members who wish to form new rules or decide on something must receive a majority vote in their favor in order for it to be passed. The Club moderator has no vote in club affairs but may make suggestions and other options during the voting procedures. All votes are cast in secret ballots and tallied by the Moderator with the Secretary looking on to record the numbers. The Club moderator may not override any votes of members or eliminate any rule without giving consent to the Club and a proper vote is taken.

The Club must have at least four exhibitions during one school year and each Club member must participate in at least two of these displays in order to be awarded an “Italia” letter at the end of the school year. If a member wants to form an exhibit for the Club, he must present his idea(s) to the Club and receive a majority in favor of it to become an official ICC display.

On all public announcements, displays, newspaper articles, etc., the names of all Italian Club members shall be listed. All material that will be used for the Club’s publicity must be shown to the President and the moderator. On all Italian Culture Club displays, only the names of those members who worked on and/or donated material for the display will have their names under a headline “Special thanks to…”

For Field Trips, a dinner at an Italian restaurant will be made at least once a year. Trips to museums, Italian art shows, and other places will be discussed during the meetings. Suggestions for trips are allowed.