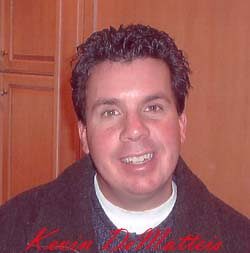 Kevin DeMatteis was born in Brooklyn and raised in Belle Harbor, Queens. He graduated from Monsignor McClancy Memorial High School in 1982. Kevin went on to receive a Bachelors of Arts from Villanova University in 1986. That summer he began his apprenticeship in the family construction business at The Leon D. DeMatteis Organization, started by his grandfather 70 years ago. He attended engineering school in the evenings at the School of Design and Construction in Brooklyn and New York University where he received a degree in Construction Management. He became one of the lead Project Superintendents and helped build The Bay Terrace Shopping Center, USPS General/Vehicle Maintenance Facility in Brooklyn, The Brooklyn Botanical Gardens, and many other projects for the Catholic Diocese of Brooklyn and Queens.

In 1996, Kevin and his brother Keith started their own commercial contracting business, Calakar Construction Services Corporation. They went on to construct many prestigious projects in New York City including the Pershing Square Restaurant under the 42nd street viaduct, a mid-rise condominium complex at 250 East 30th Street, the Wall Street Access at Battery Place, as well as, developing Block Hall Luxury Residences set in the heart of the Stone Street Historic District.

Kevin is extremely active in the McClancy Community. He serves on the Board of Governors, acts as the owner’s representative and quality control advisor for McClancy on the Soundproofing project, and is a member of the Long Term Strategic Planning Committee which is looking at ways to improve the schools environment through facility upgrades and additions.

Kevin and his wife Mary live in Malverne with their 3 children. Kevin Andrew, 15, is a freshman in Valley Stream North High School. Emily, 11, and Thomas, 9, attend James A. Dever Elementary School in Valley Stream. Kevin also serves on the Malverne Traffic Commission and is involved in numerous parish functions at St. Raymond’s in East Rockaway.