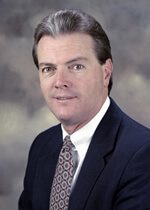 A 1966 graduate of Msgr. McClancy Memorial High School, Dennis joined the Nassau County Police Department in 1967 as a Police Cadet. In 1969, he became a police officer and would serve in a number of prestigious assignments over the course of thirty-six years. A graduate of the renowned FBI National academy, Dennis is the only member of the NCPD to have ever been selected Session Representative (Class President) of his class at the FBINA. Since 2002, he has commanded the elite NCPD Homicide Squad, a unit that has received national acclaim for solving numerous high profile crimes. Dennis and his wife, Karen, live in Hicksville with their three daughters; Shauna, 21, a senior at Siena College, Kara, 19, a sophomore at Molloy College and Deena, 12, who is in the seventh grade at the Bro. Joseph Fox Latin School of Kellenberg Memorial High School.

During his lengthy and distinguished career with the NCPD, Dennis has had the opportunity to serve in a variety of important positions. Initially working as a patrol officer, he was later promoted to detective. While in the Detective Division, he literally investigated thousands of crimes, ranging from larceny to murder. During this time, he received many departmental & community commendations recognizing his exceptional level of success. Following his promotion to Sergeant he was given command of the Special Victims Squad (Sex Crimes) and asked to revitalize the unit. Under Dennis’ leadership, the unit became one of the most productive in the NCPD. In addition, he introduced a number of initiatives aimed at improving the plight of child & adult victims of sexual assault. Along with the District Attorney’s Office & North Shore University Hospital, he spearheaded the establishment of the Sexual Assault Nurse Examiner program at NSUH. The program offers sexual assault victims more compassionate treatment and support throughout the judicial process. Following the passage of Megan’s Law in 1996, Dennis developed guidelines for monitoring known sex offenders and appropriate enforcement actions for those offenders who failed to comply with the law. These guidelines were later adopted by police departments throughout New York State. Since assuming command of the Homicide Squad, he has successfully directed investigations that have garnered both local and national recognition. Notable among these are the murder of LIRR commuter Anthony Battaglia in 2003, the wanton slaying of a jeweler in Glen Head and two other jewelers in Fairfield, Connecticut and the January 2005 murder of banker James Gottlieb by a police impersonator who had terrorized Brooklyn, Queens & Nassau during a year-long crime spree. In addition, a number of “cold case” murders, some occurring twenty years earlier, were solved during this time.

While proud of his law enforcement career, Dennis is most proud of his family. The oldest of six brothers, he has always enjoyed the support of a close knit family. As a parent, he and his wife have centered their lives around their children. In addition to dance recitals and school events, he has encouraged his daughters participation in athletics. For many years he directed basketball clinics in his local parish’s C.Y.O. program. He also served as an intramural and travel coach for his daughter’s team. His greatest involvement was in the area of girls softball. Since 1990, Dennis has been a coach, manager and director with his local baseball/softball association. Hundreds of girls have benefited from his instructional style of coaching. For those exceptional athletes, Dennis organized a number of travel teams for the purpose of maximizing the skills of those girls. Years of effort paid off in 2001 when alumnae of those teams won the Nassau County Class A title and the C.H.S.G.A.A. Long Island Championship. That year Dennis’ daughter Shauna was chosen as a Newsday All-Long Island Softball Player. The tradition goes on as Dennis continues to coach young women, including his daughter Deena, an up & coming pitcher.

Besides his obvious commitment to his family and career Dennis is also passionate about his Irish heritage. Throughout his adult life he has been involved in efforts to promote Irish culture. For over twenty years he has served on the Board of Directors of the Police Emerald Society, Nassau County, serving as the societies President 1999-2000. During this time he has participated in the group’s philanthropic endeavors in regard to Project Children, the Association for the Help of Retarded Children and other charities. Currently, Dennis is 2nd Vice President of Irish-Americans in Government, an organization of people of Irish heritage serving in the public sector. Each year, Irish-Americans in Government provide college scholarships for deserving young people and other needy causes. Dennis is also a member of the Friendly Sons of St.Patrick on Long Island and the Ancient Order of Hibernians.

For all his civic commitments, Dennis Farrell never anticipated the event that would provide his greatest challenge. Like thousands of other families, the Farrell Family was devastated by the terrorist attack of September 11, 2001. That day Dennis’ brother, Terry, a member of the FDNY’s elite Rescue 4 in Woodside was killed along with 342 firefighters in the collapse of the Twin Towers. Desperately seeking to make something positive out of such a negative incident, Dennis and his brothers began the “The Terry Fund”. The focus of the fund is twofold. Dennis’ brothers Brian & Tim direct the Terry Farrell Scholarship Fund a program that provides parochial school & college scholarships to the children of firefighters. The fund also provides funding to special programs and equipment, such as defibrillators, to school athletic programs. To date, the fund has donated over $100,000.00. The other focus is “The Terry Farrell Marrow Fund”, which Dennis and his brother Kevin administer with the help of John Camiolo, Ray Maguire and John Lapine. The impetus for the “Terry Farrell Marrow Fund” came from Terry Farrell’s participation in the FDNY program intended to raise awareness of the need for potential bone marrow donors. Shortly after joining the FDNY, Terry Farrell agreed to be tested. A few years later, he learned his marrow was a match for a six year old girl from Nevada who was dying of cancer. Terry agreed to the painful transplant procedure and two years later learned the operation had been a success. Today, that little girl is a thriving seventeen year old young woman. Hoping to keep Terry’s memory alive through testing, and hopefully other miracle transplants, the fund was born. Since 2002, “The Terry Farrell Marrow Fund” has organized and directed many blood drives that have resulted in over 2,000 potential bone marrow donors being identified and recruited. In addition, the drives have resulted in thousands of pints of blood, “the gift of life”, being collected for use in hospitals throughout the metropolitan area. It is the hope of Dennis and his brothers that the dual purpose of the “Terry Fund” will continue for many years to come as a splendid tribute to their beloved brother Terry, a true American Hero.